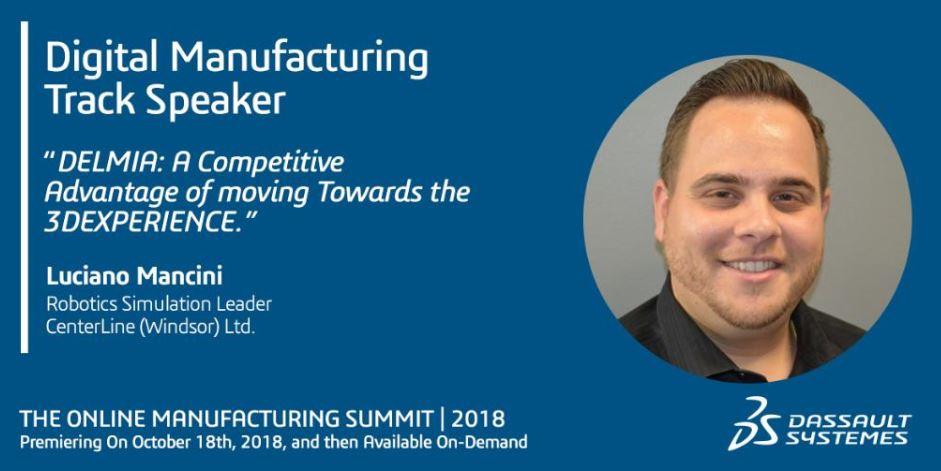 CenterLine Robotics Simulation Leader Luciano Mancini will be presenting our use of Delmia in the Digital Manufacturing track at the Dassault Online Manufacturing Summit on October 18th.
Luciano has been working with Digital Manufacturing software and industrial automation for more than 12 years. He has had the opportunity to specialize in many of the robotic simulation applications including DELMIA D5, DELMIA V5, DELMIA V6 and the latest 3DEXPERIENCE Platform from Dassault Systemes.

Register today to hear Luciano speak on behalf of CenterLine!